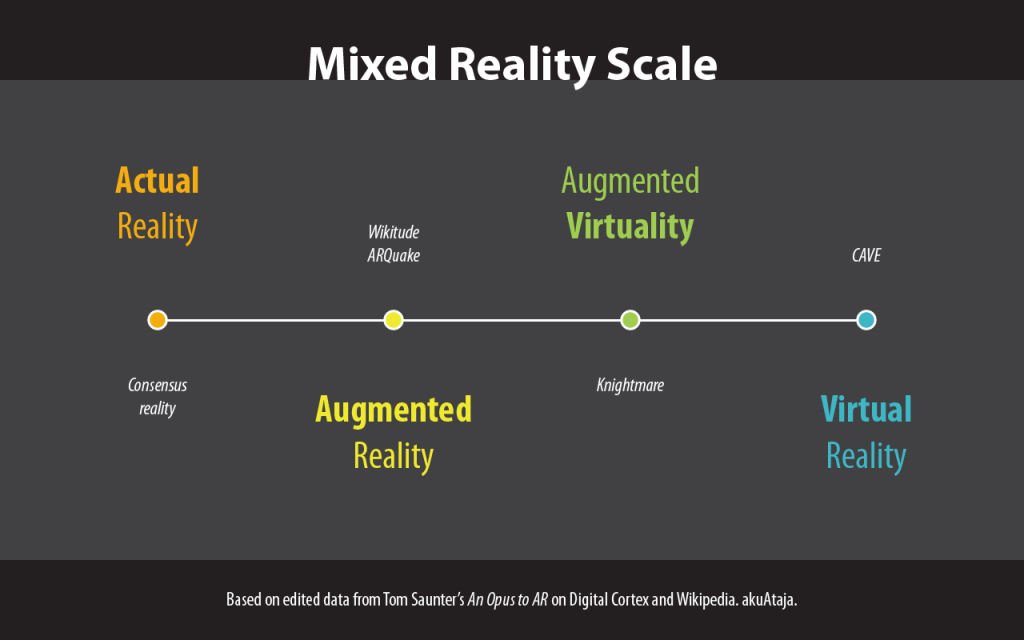 Mixed Reality is thus a more general term of these two special cases. It covers both these terms as well as all forms in between these special cases. However, Augmented Virtuality plays hardly a role at the moment. Therefore, some use augmented reality and mixed reality synonymous.